Police places pressure on relatives and friends of jailed Russian antifascists. Your support is needed ! 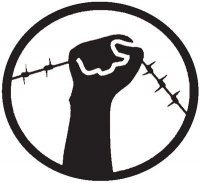 Antifascists Alexey Sutuga and Alexey Olesinov have already been in the”Butyrka” prison in Moscow for more than half a year. Investigator Y. Egorov, who is conducting the investigation, is expected to modify the criminal case into a more serious one. The current criminal case was
instituted in April 2012 following section 213 part 2 of the Russian Criminal Code (hooliganism motivated by political enmity, performed by an organised group). Now it will be modified following section 30 part 2 and section 105 (these two sections together are called “murderous assault”) which presumes more serious responsibility/punishment. Instead of 1 or 2 years the two antifascists could be sentenced to between 7 and 8 years of prison.

This change of the punitive article is related to the arrest of a third
antifascist — Alen Volikov. Alen Volikov was arrested on the 6th of
November 2012. According to the investigator, he also took part in the
fight in the Moscow club, “Vozdukh” in December 2011.

This private club had been rented for an antifascist music event. The
club’s management, without an agreement from organisers, had hired
neo-nazis as a security. As a result, a fight took place between
security and
concert visitors.

Lawyers and friends of Alexey Sutuga believe the case is being modified
due to the fact that the “victim,” Zakharenkov, is under aged, and he
was shot in the head directly during the fight which happened on
December 4th 2011.

Zakharenkov is a member of Ariicev’s band, a young neo-nazi. Band
members have beaten and murdered non-russian people.

During the whole period of the investigation, potential witnesses and
relatives have experienced the pressure.

1. Policemen place pressure on those under investigation. On the 14th
of September 2012 FSB(Federal Security Service of Russia) officers
visited “Butyrka” prison. Their visit was not made in accordance to
procedural order; they launched threats against Alexey Sutuga, hinted at
the fact that it would be to their advantage if Alexey Sutuga would
remain in jail as long as possible. They have also said, that he is
going to be sued according to a punitive article, and that they would
prevent him from becoming a political prisoner.

2. On the 9th of October 2012 Alexey Sutuga’s mother, Olga Nikolaevna
Sutuga, discovered that her internet wallet (Yandex-Wallet), used to
raise funds for a lawyer, had been cracked and all the money had been
stolen.

3. On the 10th of November 2012 at 1.00AM, a witness –for the defense,
Dmitry Avalishvily, along with Alina Kolosovskaya and 2 other people
were returning home from a concert. When they were approaching their
house, a man wearing a black jacket with his head covered with a hood
came out from behind a car. He started shooting at the guys. Eleven
shots were fired. When the shooting started, they ran helter-skelter,
which is why only Dmitry has been hit (in head). The pistol was a
non-lethal (traumatic) and Dmitry was far enough, so the wound was not
serious. None of the other guys were hit. The criminal obviously
expected only two guys and he got confused when
he saw four. He failed to focus on any single one particular which is
why they appeared to be “lucky.” They informed the police, but it was
difficult to persuade the policemen to accept their complaint. Policemen
have told them,
that it is unlikely they will ever find the criminal, but have accepted
the complaint.

4. On the 29th of August 2012 Alina Kolosovskaya was accused of
participating in a fight with neo-nazis. A search was conducted at her
house. Afterwards Alina was taken to the police station and was
questioned for almost 24 hours. She was threatened with jail time.

5. Investigator Kochergin, who was conducting the investigation into
Alexey Sutuga’s case, summoned Alexey’s mother for a conversation.
During the conversation, he informed her that Alexey is a violent
extremist and he is going to stay in prison for 12 years.

6. Alexey Sutuga’s wife, Olga, who lives in Kiev(Ukraine), has been
attacked by neo-nazis twice. Her photograph was published on a Web-site,
that is supposedly managed by the law-enforcement together with nazis.

The first attack happened during the action, where Olga was gathering
funds two pay for her husband’s lawyer. The second happened when she
simply was in Kiev running personal errands, near a store where she was
buying clothes for her child.

Relatives and friends of antifascists believe the policemen to be using
nazis for their own interests.

As a result of modifying the case into more serious one, as well as the
appearance of a third accused suspect, the expenses of the relatives are
growing.

Money is required for:

2. Carrying out extra examinations, each of them worth 15,000 – 25,000
Rubles (EURO 373-622). In the near future an expertise will be carried
out to prove that antifascists are being prosecuted for their political
convictions.

3. Each lawyer visit to the police station with a witness costs about
5,000 Rubles (~EURO 125). There are approximately 30 witnesses involved
in the case.

4. A witness check using a lie detector costs approximately 5,000
Rubles (~EURO 125). Only 8 people have passed it up till now. For the
cogency of the case, more witnesses are required to be checked using the
lie detector.

5. The main lawyer, working on the case, lives in St. Petersburg.
Relatives are paying for his trips to Moscow and back.

Details on the arrested

Arrested on April 17th 2012. The preventive sentence has been prolonged
twice. The last time it was prolonged till December 18 2012. He was
arrested in connection with the incident in “Vozdukh” club. The
investigation is currently not being carried out due to alack of evidence.

A member of Autonomous Action since 2004, Alexey Sutuga first was
active in Irkutsk and later on in Moscow. He took part in almost all the
large campaigns organised by Autonomous Action during the last eight
years and supported the publishing of the “Avtonom” magazine. In 2007 he
participated in a protest camp against an uranium enrichment plant in
Angarsk, which was attacked by the gang of fascists. As a result of this
attack, antifascist Ilya Borodaenko was murdered. Several other people
were also severely injured, Alexey Sutuga among them.

Arrested on February 12 2012 in connection with the incident in
“Vozdukh” club. The preventive sentence has been prolonged till December
18 2012. The investigation is currently not being carried out due to
alack of evidence. Has already been prosecuted previously. In November
2008, a public prosecutor requested a 5 year term against him according
to part 2 section 213 of Russian Penal Code (“hooliganism”). He received
a 1-year sentence then.

The arrest of Alexey Olesinov was done with several violations. His
imprisonment in a pre-trial detention centre was motivated by the claim
that “he was hiding himself from the investigation.” Olesinov had no
opportunity to know that he was wanted. The investigation side has shown
in a fake document in court, according to which Olesinov undertook not
to leave the region, which he allegedly had signed in Moscow, although
he had been living in St. Petersburg three previous months. He has been
a participant in the antifascist movement since the early 2000’s.

During his imprisonment, Olesinov become seriously sick. He has a
severe chronic cough, problems with blood pressure and his heart. The
prison administration denied him from having a medical check-up.

His lawyer has filed a lawsuit. According to the lawyer his condition
is deteriorating.

Detained in November 2012 on suspicion of involvement in the incident
in “Vozdukh” club, and of beating a neo-nazi. On the 8th of November
2012, after the court had decided to imprison him till the 18th of
December 2012, he started a hunger-strike. Alen was wanted since the
beginning of the investigation into the incident at the “Vozdukh” club.
In November 2012 policemen founded him.

You may donate for arrested anti-fascists via ABC-Moscow, read
instructions from http://wiki.avtonom.org/en/index.php/Donate