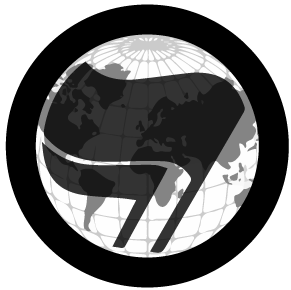 In Solidarity with ATHENSANTIFA19JAN, Against Racism, Homophobia and Violence.

In solidarity with the people of Greece and all the people of the world who fight for justice, liberty, equality and freedom from racial, sexual or other forms of discrimination we call for a rally at the Greek Consulate General in New York on Saturday January 19, 2013.

From New York City – one of the centers where the global financial crisis is orchestrated – we watch in dismay the unraveling of the social and political disaster in Greece and in Europe, in general. We daily become witnesses to the cruel economic policies and the systematic attacks against the weakest and most destitute groups of our societies. Immigrants, refugees who flee the US wars in Asia and minority groups, have been turned into scapegoats subject to racist public policies, police violence and assaults by the Neo-Nazi squads of Golden Dawn.

We condemn the Greek government and the EU for dotting the country with concentration camps. In language lifted straight from the Nazi lexicon – these so-called ‘closed-hospitality’ centers – house today an unknown number of people with little or no access to basic rights stipulated by international law. FRONTEX has turned the whole country into a concentration camp because the EU lacks the will to implement a responsible and humane immigration policy.

We condemn the police violence unleashed in every protest in the streets of Greece. The heavy use of chemicals, the arrests of civilians who resist the police brutality, the torturing of antifascist demonstrators, make it clear that any adherence to the basic principles and values of democracy has long been abandoned.

We condemn the Neo-Nazi party Golden Dawn and the mainstream media that systematically conceal the crimes that Golden Dawn commit day after day against Muslims, migrants, people of color, gays, leftists, journalists and anyone who speaks up against them. We will resist their attempts to make racism, religious fundamentalism, and homophobia into a rule of life. We will resist their plan to rewrite the historical record, as they do when they deny the Holocaust. We will resist when they obstruct freedom of expression, as they did by closing down Terrence McNally’s play Corpus Christi for offending their sick moral order.

We fight against racism, religious fundamentalism, homophobia. We fight for open and free societies and against any form of discrimination. Join us for the rally at the Greek Consulate General in New York on January 19, 2013.