A Response to Sean Ragon 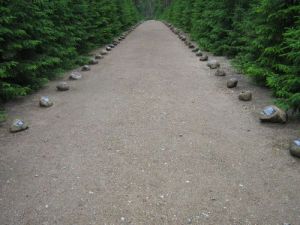 NYC Antifa presents this essay in order to further a constructive discussion on the growth of fascist aesthetics in New York’s punk scene. A major problem with asserting our opposition to racist and fascist bands in this scene is that they are entangled with respectable artists, labels, and shops. Nonetheless, the trend is worthy of critique.

Perhaps central to the problem is Sean Ragon, the friendly and generally well-liked singer of Cult of Youth and owner of Heaven Street Records in Bushwick. Ragon has collaborated with many of New York’s best new artists and his record store is an undeniable nexus of New York’s DIY punk scene, known for stocking new releases hard to find elsewhere and for selling exclusive tickets for larger shows and fests.

But for all Ragon’s contributions, he is a main figure in-between fascist music and the generally left-wing or apolitical New York noise, metal, industrial, and punk scenes. The most well-known instance being his support of Death in June through his band Cult of Youth (a euphemism for fascism) and Heaven Street Records (named after a Death in June song about the road in Sobibor concentration camp where up to 200,000 Jews were marched to gas chambers).

Ragon, we presume, is no fascist, he just promotes fascist imagery as way to challenge ideological “systems of control.” He elaborates in an interview with Noisey,

“Nazis. Obviously bad. Serial killers. Obviously bad. Sexual deviancy, rape, you know. Maniacal problems, just stuff that you know exactly how you feel about them, that there’s no questions about. Then let’s fucking shine bright lights in your face and play these fucked up sounds and then present it purely with no bias, no opinion on it, but just as information, and shock you with that information. But with the stimulation of the lights and the sounds to sort of fucking distract you, and almost hypnotize you. So maybe you don’t know how you feel about these things anymore. It’s almost like a de-programming of how you feel about very obvious subjects. I think that the purpose of that is not that you come away from that being like, oh I went to see Throbbing Gristle and now I think that Nazis and serial killers are cool. But it’s like, I went to go see Throbbing Gristle and I’m fucking confused. If they can confuse me on some shit that’s real black and white, maybe the way I feel about things that are not as black and white…”

Unlike Throbbing Gristle, Death in June emerged as an explicitly far-right project. Both in speech and deed, Douglas Pierce has supported far right movements, including the HOS fascist militia in Croatia that carried out ethnic cleansing against Serbs. Death in June’s message is not for his audience to question everything, but to question liberalism and multiculturalism. His aesthetic is nostalgia for a White, Imperial Europe that continues to be degraded by immigrants, Muslims, and the Left. His project is not trying to shock us out of our ideologies, but into a new one in which fascist arguments, which delegitimized themselves in the horrors of World War II, are once again acceptable.

Detailed evidence of Pearce’s open racism and support of fascism can be found in this article.

Obviously, we are of the position that it is in no way ever acceptable to promote fascism. Ragon disagrees.

“There are bands out there that are not being artistic with [fascist aesthetics]. There are bands that are straight up Nazi bands too. So it’s complicated, it’s complex. But I think that within the industrial scene and the post-industrial scene, I think that there is more room for people with different viewpoints. I’ve been to shows in that world where there’s far left people and far right people in the same room and they’re enjoying a show and they’re not fighting with each other. Whereas you wouldn’t have that in rock circle.”

Ragon’s friendships and professional relationships with Nazis like Pearce trumps any serious ethical or political concern, but he instead makes a cultural argument that those from a “rock” background are too brainwashed by leftism to understand. It’s nonsense that the rock scene is far-left, but we nonetheless commend Ragon for not denying that “straight up Nazis” are are prevalent in these genres. It’s far more honest than most supporters of Death in June who just deny that Pearce’s fascism is anything but an act. With this admission, we can make our position clear:

We are not involved in some sort of punk vs. industrial culture war, a war of aesthetics and identities. Like Ragon, we are critical of dogmatic leftism and arguments made solely based on identity. We are, however, with the memory of the fascist’s millions of victims weighing on our consciences every day, completely intolerant of the trivialization of the Nazism and the Holocaust. Normalizing the aesthetics of these tragedies does not “take power” from them, as is commonly argued, but even if it did, this is no way to responsibly approach history. We should acknowledge the horrific gravity of genocide through earnest study, reverence for those who struggled against it, analysis of why it was perpetrated, and criticism of the way these ideologies persist in contemporary society, all with stoic determination to do anything within our ability to make sure it never happens again.

For this, Ragon lumps us together with “liberal” social justice warriors. Presumably he is talking about queers, feminists, and people of color, who are institutionally oppressed and harassed on the streets and then, through reference to individual Twitter and Tumblr accounts, attacked collectively as being “PC” psychos on the internet. Here Ragon has fallen into the same trap as the worst keyboard warriors. By identifying with the industrial scene (vs. the “rock scene”) he has lost his will to attack its worst elements. It isn’t difficult to be an industrial fan or musician and say “I love this music, but I want nothing to do with the fascists that use it for their political ends,” but Ragon just won’t do it. Instead, he welcomes them.

Tromicza cosplaying as an SA Brownshirt. Why don’t neofolkies ever dress as the Edelweiss Pirates?

This complicity continues November 16th. For the third time in the last year the faux-ironic racist Douglas Pearce comes to New York, this time playing the venerated darkwave/punk night at the Home Sweet Home bar in the Lower East Side. While Wierd Records, the former organizers or the night, stayed away from fascist martial industrial the same way a responsible Black Metal booker would steer clear of National Socialist Black Metal, their inheritor “Nothing Changes” (named after a Death in June song) has not shied away from booking fascist bands.

Ragon, who previously opened for Death in June at the Bell House, will be DJing that night. Also supporting will be Blood and Sun, the neofolk project of Luke Tromicza, who dresses like a Nazi Brownshirt (complete with iron cross) while performing, paints romantic pictures of Nazis, collaborates with National Socialist Black Metal bands, and has associates in White Power circles.

In Nanni Balestrini’s novel Carbonia, he writes about a Holocaust survivor’s horror on returning to his hometown after the war, only to find former blackshirts playing fascist music at local dancehalls. “I told them not to play those records anymore, but they played them again, and so I went around there and I smashed all the records and the gramophone too. I smashed all the equipment, all of it into pieces out of anger. My blood boiled when I heard something that had anything to do with fascism, with Mussolini, with all those things, because I’d just got back from the German prison camp.”

No one could seriously call Balestrini’s survivor a PC fascist, or a “black and white thinker,” but 60 years later anyone who retains even a fraction of his anger can be openly derided this way. If there’s an aspect of Death in June that appeals to us it’s the concept that the past isn’t past. The millions that died on Heaven Street and other camps have not stopped marching.

Today we see ethnic cleansing in Syria and Iraq, a civil war that threatens the same in Ukraine, rising far right and neo-Nazi movements in Greece, France, Sweden, Hungary, and Germany. Civil Wars in North Africa and the Middle East have forced millions of refugees into Europe. A large percentage of these refugees end up in abysmal camps waiting to be sent back to their homeland where torture or execution awaits. The UN estimates this as the worst refugee crisis since World War II. Untold thousands die making land and water crossings, and many who make it are brutalized by fascists and police once they arrive. Douglas Pearce describes them as insect-like morons ruining European “stock.” He supports the “Euro-racialism” of his fans, the terrorism of the White Wolves, and rise of racist Nationalism in England, Croatia, and Israel.

Neither Ragon nor any other Death in June fan to our knowledge has ever responded to Pearce’s politics. They cling to their (at best) ignorantly blissful relationship with his music, and to their certainty that anyone opposed must be simple-minded. They essentially argue, as do the liberal democratic arguments of modern day concentration camps, that the past is past, and we should get over it by taking away the power of its aesthetics.

Anyone going to the Right Sector show this weekend?

And there’s a lot more that Death in June supporters have been ignoring. We’ve seen Nazi graffiti at 538 Johnson (not ironic swastikas, but stickers depicting a version of the Wolfsangel rune used by the European far-right). At Coco66 in Greenpoint, we’ve seen a Holocaust denial group tabling alongside a “Rock Against Communism” band selling “Rock Against Islam” t-shirts. The “National Anarchists” threatened a march on ABC No Rio and Bluestockings during the first New York’s Alright festival in 2013. On November 15th, Kama Rupa, a Ragon-produced side project of National Socialist Black Metal band Grasvolluth, is playing a show at the Acheron.

Antifa’s struggle is not about shutting down shows that aren’t “far-left” or calling out people for wearing runes. We want to mobilize society, through discourse and action, against the ideologies of racism, the State, and capitalism. We are much happier rallying the scene against the police, racist bosses, queer-bashers, New York’s chapters of Golden Dawn and Right Sector, the National Anarchists, or Greenpoint’s Polish Nazi Skins. For this reason, we wish the influential Ragon would take his challenge to “black and white thinking” more seriously, and attack not just the “systems of control” that makes artists hesitant to engage with fascism, but those that make them afraid to actually fight it.

2 Responses to A Response to Sean Ragon