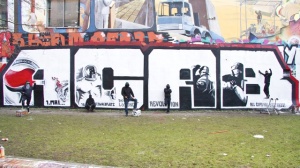 In 2015, police in the United States have killed nearly 1,000 people. In December, as protests raged at the Chicago Police Department and Mayor Rahm Emanuel in the cover-up of the police murder of Laquan Mcdonald, the city cops gunned down a mother of five simply for answering her door. Juries did not issue indictments in either the Sandra Bland or the Tamir Rice case. Meanwhile, on Long Island, the police are the same—only instead of protests, shutdowns, riots, and fighting back, the quaint white picket fences of conservatism shield the cops from any scrutiny and backlash.

Several weeks ago, former Suffolk County police chief James Burke was arrested for a 2012 cover-up involving him beating a handcuffed suspect who had allegedly stolen items out of his vehicle. Burke was later indicted on a laundry list of corruption charges—including seeking “retribution” against officers viewed as “disloyal” to his cover-up, which caused the judge to deny him bail.

Also in December 2015, Nassau County officer Vincent LaGoudice was found not guilty for his assault of Kyle Howell, a 20-year-old black man—despite video evidence which captured the officer kicking and beating the victim at a traffic stop. The assault, which occurred in April 2014, resulted in nerve damage, a broken cheekbone, and a fractured nose for Howell, who is still recovering a year-and-a-half later, even thought LaGoudice sustained no injuries. Howell and his family were also forced to face down the police union and the cop’s other supporters, who jeeringly labeled him “Vindicate Vinny” as they made their way to the courtroom.

In Suffolk County, a little over a year apart, two Latina women were found hanged in the woods, and the police declared their deaths suicides, but with little or no investigation into the circumstances. In September 2014, a young Latina woman, Andrea Gabriela Armijos, was found hanged—but police never called in the homicide unit or cordoned off the area, despite another set of footprints found intertwined with hers. The family of the 21-year-old also never received a translator. (A month before her death, Armijos emigrated to the United States in order to be closer to her sister and had recently gotten a job as a hairdresser.)

In October 2015, Lilia Aucapina, age 40, was also found hanged in a different set of woods in Suffolk County. Aucapina was a survivor of domestic violence and had filed for an order of protection against her ex-husband. She was last seen by her ex-husband and brother walking with a man into the woods where she was later found dead. Despite these factors—which the family thought would require further investigation—the police ruled her death a suicide.

Both Aucapina and Armijos were from the East End in Suffolk County. The lack of investigation into their deaths would not be the first time Suffolk County police have looked the other way when immigrants have died under suspicious and violent circumstances. Suffolk County has also been criticized in the past for its handling of the case of a day laborer sodomized to death in the woods several years ago.

As we reported in August 2015, there has been a resurgence of anti-immigrant racism and Klan activity on Long Island. This resurgence is directly tied to the police: the racism and violence of the police as an institution—especially against immigrants and people of color—can be seen not just in their own physical attacks, but in their failure to investigate the deaths and assaults on immigrants, all of which creates a favorable environment for white supremacist groups to thrive.