Solidarity with Antifa who stood up to KKK in Anaheim! 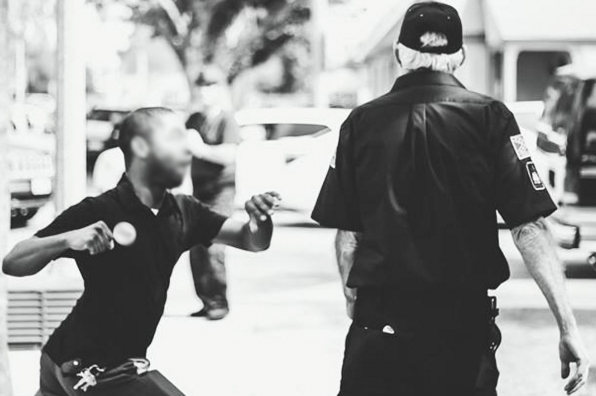 As many of you have now heard, a KKK rally was militantly confronted by antifascists in Anaheim, California. In the clashes that followed Klansmen stabbed various antifascists before being run off. The police, showing their true colors, arrested 7 antifascists and eventually released all of the Klan members detained that day. A call for support and a fundraising page has been put together by Copwatch Santa Ana and the LA Anarchist Black Cross in order to support those arrested, and to help with much needed legal and medical expenses.

Total Solidarity with the Anaheim Antifascists! Death to the Klan!

From the Fundrazr page:

Donate to the anti-fascists/anti-racists who put their lives on the line to stand up against white supremacy.

On February 27, a courageous group of anti-fascists gathered to counter protest the KKK rally in Anaheim, CA. The pigs ended up targeting and arresting the counter protesters, many of them were Brown and Black people, and not the racists who instigated the confrontation in the first place.

The anti-fascist comrades who got arrested are in urgent need of some real solidarity! That’s why we need to raise BIG MONEY for them. Your donations will go towards any medical or legal costs associated with their injuries and arrests from that day.

Copwatch Santa Ana and the Los Angeles Anarchist Black Cross will work together with other local anti-fascist/anti-racist groups to divide the money appropriately to the arrestees.

All donations, however big or small, are greatly appreciated.